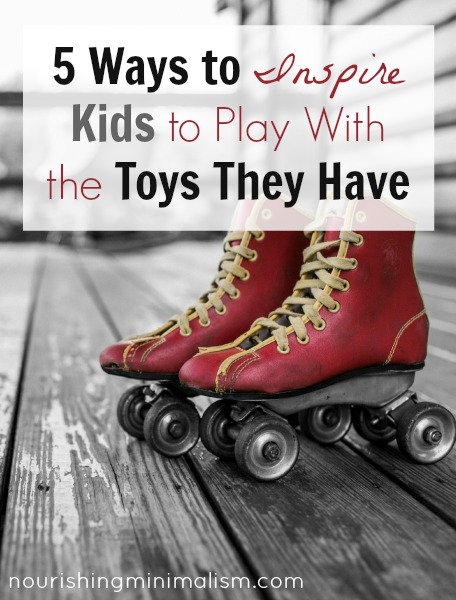 Are you finding that your children have plenty of toys, but don’t actually do anything with them?
Before I took on my minimalist mindset, we had a big toy box. The kids would dump it out in the morning, scatter the toys all over the entire house and then step on them throughout the day. They never actually played with any of them.
Randomly scattered untouched toys can be the most annoying part of being a parent. Which is most likely the reason my post on non-toy gifts for children got over 200,000 shares. Parents everywhere are tired of hearing “I want”, done with tripping over, picking up and throwing away plastic junky toys and longing for ways to help children be content and play happily with items that are already in the home.
So, together, let’s encourage contentment in our children, share experiences instead of stuff and get back to fostering imaginations and creativity. Here are five ways to get started:

How to Inspire Kids to Play with Toys they Already Own: