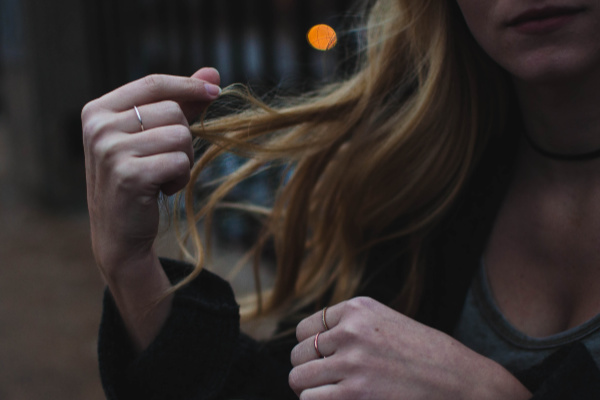 Before I “became a minimalist” I had dreamed of it. I loved motel room simplicity. I wanted my home to feel that way and to be so tidy that I could just focus on whatever I wanted to focus on, not always “I have to clean the house”.

Though I wanted that, I thought it was impossible to get to that point.

I was afraid to get rid of things. I was paralyzed by the idea of “I may need this” or “Just in case…”

It was so bad, I was afraid to throw away receipts, grocery bags, instruction manuals, and extra parts.

When my piles of stuff got to be too much for me, I’d put it in a box and shove it into the back of a closet.

After a few years, a few moves, and many marital fights about stuff. I tried to declutter. I would start, donate several boxes and bags, feel accomplished, but it never made a difference. Within a few days, the house was still a mess and I struggled to keep the dishes done and the floor picked up.

I would mentally beat myself up all day long: “Seriously, housework isn’t that hard. It’s a miracle you get the kids fed. Look at this house… normal people don’t live like this. You should be ashamed of yourself.”

I was depressed. I felt worthless.

For me, the mental shift was a slow process. I knew I didn’t want my stuff to control my life, but I had tried and failed so many times before, I floundered around many times trying to gain control.

The change was slow, but it did come. And the more I got rid of, the more my thoughts changed, the less attached I was to stuff and the more I was able to get rid of.

I worked hard and it took me a long time. I think ideally, 6 months would be wonderful to be rid of everything, but for me, I didn’t start out to become a “minimalist.” I knew I needed to get rid of most of my belongings and I really did love motel room simplicity, but I didn’t know if I would ever actually get there.

It was years of slow work. Every month I would drop off more boxes and bags at the donation center. It was 3 years before I saw the difference- and I saw that difference when I was looking through old photos.

In the children’s birthday photos, I saw so much clutter in the background and as I looked at the same spot in our home, I realized that I did it. I actually decluttered enough to see a difference!

It was a very exciting realization.

And then I had to shift my focus from decluttering to living purposefully. It was awkward the first time I sat down and realized that I had nothing pressing to do. I didn’t have anything on my to-do list and there were no more boxes to sort. I could sit.

Honestly, it was rather uncomfortable. Besides hiding behind my stuff, I had been hiding behind the busyness. I had to force myself to simplify my schedule because I knew my whole purpose of getting rid of so much, was to be with my family. And then I had to force myself to be. To put down the phone and really focus on what the kids were saying. Play games with them, read with them, be with them.

Through all that, my relationships with people became deeper. I was able to be more transparent- with everyone around me. Which gained more friendships. I was more open with God as well. I know that sounds silly, but I had been trying to be perfect before Him, rather than allowing Him to love me regardless.

Depression and anxiety didn’t completely go away, but they were greatly decreased. I learned to treat myself positively. No more berating thoughts.

Finally, I learned to be content (which, truthfully is a work in progress and every day I seem to see more of my discontent, but it’s definitely changing).

I was no longer trying to fill the areas of lack in my life with stuff.

Minimalism for me has eliminated the distractions, so I could focus on what I needed: deeper relationships with God and others around me. That is what decreased my depression and brought me contentment.

The Clutter-Depression-Anxiety Cycle: How to Stop It

← Minimalist Wedding IdeasHow I Got My Husband On Board With Minimalism →