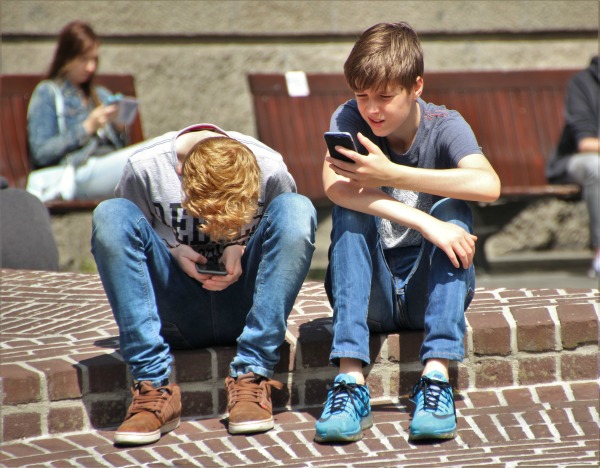 Teens are at the point in life where they’ve experienced family traditions many times over and are disenchanted.  When we’re young, everything is big and amazing, and it’s romanticized in our memory.  As we age, the magic fades a bit.  And as we mature, the magic takes on a different form — but we’ll get to that later.

Consider driving around and looking at lights.  A child may not know such displays exist or how they are constructed.  The colors, patterns, and lights — it’s all pretty impressive! But a teen has learned that it’s just a bunch of colored lights on houses.  That’s it.  I remember my thoughts as a teenager.  “Why? Why would we drive around in the cold and look at the same thing over and over?” I groused.  I know precisely where my teens got that sulking expression and crossed arms.

They’re in an awkward state.  They want to be independent and portray mature detachment, but at the same time they want the familiar comforts of childhood, and they want to feel like they belong.

In the meantime, let them know what activities your family is going to do, what your expectations of them are, and then require that they show up.  I write the dates on the calendar, so they will know ahead of time to request time off from work.

I’ve found it best just to be very frank with them:

You can’t force them to have fun.  Often, teens will enjoy it, but they may not want you to know.  It’s vital to include the teenagers, even if they throw a little fit about having to be present.  And their presence is enough.

Chipping in around the house is essential for children of all ages, but especially for teens who are figuring out how they fit in. Everyone has an innate desire to belong; when they have chores, they know that if they don’t do them, the household will suffer. Yes, they will complain, because they don’t see how much they need to be needed. But stick with it.

It’s the same with planning out the holidays. Include them. Include them in the decision making of what traditions take place. Include them in deciding who takes care of which holiday chores. Give them tasks to accomplish through the holidays; making cookies, prepping veggies for the meal, or dropping off packages at the post office.

Being involves not only gives them a sense of belonging but builds confidence and give them a feeling of maturing.