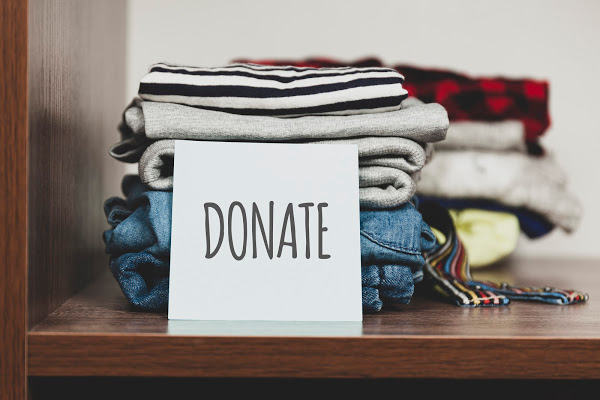 Do you find it hard to declutter and let things go?

I was having coffee with a friend the other night and she was talking about what a different season of life she is in now. As a mom of 13 she now only has 6 kids at home and there are changes in the home that come with children growing older.
As we visited, she talked about all the emotions that came up as she went through items and made decisions on what to do with things.
The actual decluttering part wasn’t hard for her – she wasn’t tempted to keep any of the things, but she found herself crying through the process and acknowledging what it meant to be out of that season of life.

When we declutter, we have to face our feelings

The feelings that come up when we decide to get rid of things can be any number of emotions.
It may be a subtle shame for having spent money on things and not actually using them, or maybe it’s because someone gave us the items, but we don’t cherish them like we think we should and only have them stashed away in the attic, covered in dust and spiderwebs.
The emotions may also be as heavy as mourning the death of a loved one, the loss of relationships, or the hopes and dreams that you had longed for, but know they will never come to fruition.
Because of that, it’s honestly easier to keep things stored away and not have to come face to face with any of the emotions.

How do we move past it then?

Sometimes we can simply do it. We have to decide things like “I’m going to get rid of as much as possible from this cupboard” and then square our shoulders and get to work.
We can get rid of quite a lot this way, even when feelings come up.
We can talk ourselves through it:
“Yes, I spent money on it, but it’s ok. It has served its purpose in my life and is no longer adding value, so I can get rid of it and pass it on so it can serve someone else.”
We can acknowledge that we have these feelings and know that the feelings will pass in a minute or two, and we’ll be ok.
We can allow ourselves to acknowledge that someone has passed, we miss them, we miss what could have been- and we can allow ourselves to cry and feel sad.
We can acknowledge that hopes and dreams did not and will not come about, and we can determine to live our lives and be ok, regardless.

Because you have to process the emotions when you make decisions, you are able to move on in a healthier place.
Which is why people who embrace minimalism feel so free.
Yes, it’s hard to face all those emotions and allow yourself to truly feel the feelings- but it also means that you are able to come to terms with that situation and move on.
Many people feel like the heavy emotions are attached to the physical items and as each item leaves the house, the heavy emotions leave with it.
Then you can turn around, look at your home, feel like a weight has been lifted and you can breathe freely again.

What if the problem is not the emotions- it’s something else?

Maybe instead of emotions, you have a lack of time, lack of motivation or you tend to keep things “just-in-case” you need it someday.
First off, let’s talk about time and motivation.
There are so many other things that feel fun and rewarding- and the idea of decluttering, well, most of us think it’s going to be such a drag– and take way more time than we want to spend on it.
So, what’s a person to do?
Set aside time to do it.
If we want something to happen, we have to plan it. Schedule it, set aside time, and make ourselves do the work.
If we want to get fit, we have to make it a point to get some exercise. And if we want our house to be easier to take care of, we have to make it a point to work on it.
Things only get done when we make them a priority.
Does that take sacrifice to some extent? Yes. BUT you gain time-freedom back when you have less to maintain.

It’s tempting to wait for motivation to come to us like a gentle breeze. As if we’re artists sitting in a field of daisies, waiting to be visited by our muse.
Hate to break it to you- but it doesn’t happen that way.
Even with creativity- it’s the people that work at it consistently that get the ideas and accomplish things with or without their “muse.”
To get motivated, you have to start doing.
Action results in motivation.
It doesn’t take much- just some simple consistent steps to get you where you want to go and after a little while, the progress will feel good and you’ll want to see more.

Then there’s the “just-in-case” stuff

Keeping things “just in case” you need it later, it a decision based on fear (I won’t have it if I need it) and scarcity (I can’t afford to be lacking in some way).
As a Christian, I don’t want any of my decisions to be based on fear, so if it comes to an item that I am tempted to keep, I have to ask myself- Am I afraid to live without this? Or is it really likely that I will use this soon?
Because we have a big family, there were things that I could keep and intentionally use up. The extra soaps and shampoos, for example. Now, if I flat-out hated the smell or the product and knew I wouldn’t ever want to use it- I gave myself permission to discard it. But if it was things that we would use and I knew I would use them up in the next 6 months, it made sense to keep them and use them responsibly.
But the extra screwdrivers… well, it’s not like I’m going to break the first 5 screwdrivers and need to keep the 3 extras. If I kept them- it really would be based on fear, because it made no sense to keep them “in case I needed them.”
Or the extra crockpot? Well- to be honest, I hated cooking with a crockpot anyway, why on earth was I even keeping either of them? I never liked the food I cooked in a crockpot- and it’s been that way for 20 years, I needed to come to terms with the fact that crockpots are simply not for me. If I were to keep the crockpot, it would be because I was afraid of not having it. And since I hated it- to worry about living without it, well, didn’t make sense.
I had to acknowledge when I was afraid of something (afraid of not having the money to replace it if I needed, afraid of not being prepared, afraid of catastrophic that I thought the item might be useful in) and let go of the item regardless of my fear.
Feel the fear and do it anyway- because we know logically that we will have enough, and we will be ok.
Related articles: 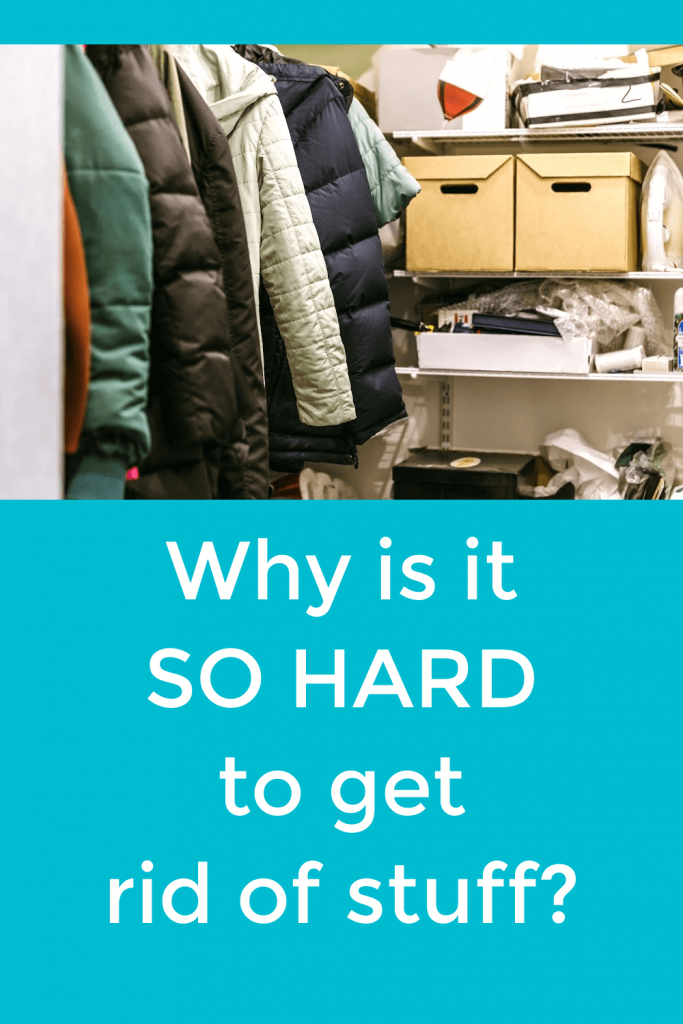 ← A simple how-to of minimalist decorDo you self-sabotage your decluttering in this way? →