I can recall the feeling so clearly:

We had decided to remodel the kitchen, and since we didn’t know how to do any of the work, a friend, Phil, was helping us out.

Now, I want you to keep in mind what Phil was like:

Around 60 years old, his wife kept an immaculate house, they had raised two children, who had been out on their own for about 15 years, so they were in a completely different season of life.

I very much respected and admired this couple.

And Phil always seemed to drop by when the house was at it’s worst.

So, this particular week, I knew he was going to bring a part that we needed for the house, he said he would drop it off “sometime this week.”

Those words filled me with dread.

If he had given a day, I could have managed to have the house together for a day. But not, it was a “whenever I’m in the neighborhood” type thing.

Monday, I spent the day cleaning the living room. At least that room had to be presentable, that would be the first one he saw.

Then I worked in the dining room and the kitchen.

When you walk into the house, that is what you see: those 3 rooms and whatever is in them.

I kept the table cleaned, I folding laundry and put it away every day. I washed the dishes, cleaned the counters, wiped the stove. I cleaned off the stove, the piano, the shelf and stuffed it all into my bedroom. I was continually picking up kids toys and putting them back where they belong. At least I could shut THAT door.

I felt like I worked around the clock to keep the house looking decent enough that I wouldn’t be embarrassed by it. Then I’d stop for 15 minutes, and the kids would undo every-freaking-thing I’d done.

Friday. I was D.O.N.E. I flopped onto the couch from exhaustion as soon as the older kids left for school. Laundry was all over the floor, breakfast dishes still on the table, toys were strewn out across all the rooms, the dishes were piled high, and the stove was a disaster. There wasn’t a clean surface in the house.

I wanted to cry. I had tried so hard to keep a clean house all week, and it felt like the second I turned my back a full tornado went through.

I was so spent, I couldn’t muster the energy to get up and do anything about it. I wanted the house to look nice, but I knew even just the mess I saw would take me hours to get a handle on it. Talk about defeated.

And then, he knocked on the door.

I wanted to SCREAM.

Instead, I opened the door. I saw his eyes do a quick scan of the house; I can’t imagine what he thought. I wanted to say something about how it had been clean all week – honestly!! That I had tried so hard, he can’t possibly know the work I put into trying to make it look presentable every single day.

But I didn’t. Phil came in, walked to the kitchen, put in the part that was needed, visited a few minutes and then was gone. And the house was still horrendous.

I sit at the kitchen table typing this. The house is “messy” by my new standards.

In the living room, two backpacks, coats and winter gear were left by the front door, and two toys lay next to the couch. In the dining room, one unfished coloring sheet is laying on George (we got tired of calling it the shelf-thing-with-baskets, so we gave it a name). There is tea in a jar on one kitchen counter, the rubber gloves were left hanging on the sink instead of put below and there are 3 shirts in the laundry basket that need to be put on hangers and stuck in the closet.

I frequently get asked how to organize. I hear: “I just don’t have room for the things we need. I’ve already decluttered, but there is still no place to put things.”

Here is the secret:

Get rid of more stuff.

Does it take work? Yes. Absolutely.

Is it exhausting? Sure is!

Is it worth it? Most definitely.

The thing is, the less stuff you have, the less you have to take care of.

Every item you own takes work and energy from you to some extent. The magazine pile that is in your living room, for example, you have to move it when you clean. You have multiple thoughts throughout the day when you walk by of “when am I going to sit down and go through those?” And you can’t organize them by giving them a home to belong: they have no utilitarian purpose in your home.

When you remove items that have no serving purpose in your home it frees up an amazing amount of space.

Then limit the items that do serve you:

Have enough clothes to dress for a week, but no more. This means that per person, you’ll only need to wash 14 items a week (not counting linens and underclothes). This also means that getting caught up on laundry only means a couple of loads and 10 minutes of folding.

It works that way through your entire home:

Becoming minimalist is very similar to peeling off layers. It’s easier to do one layer at a time then to try to take off everything at once.

Work room-by-room, category-by-category. A little bit each day. Don’t think about ALL.THE.THINGS. Instead, make your daily goal small and simple. Find one thing to get rid of, keep one counter clean today or set your timer for 10 minutes to sort through a drawer.

When you are taking on such a tremendous job, you have to appreciate the small things. Give yourself a sticker for doing the dishes, do a happy dance when the laundry gets put away. Sit down for tea, and a book after the stove gets wiped off: You are one step closer, and it’s a good thing! 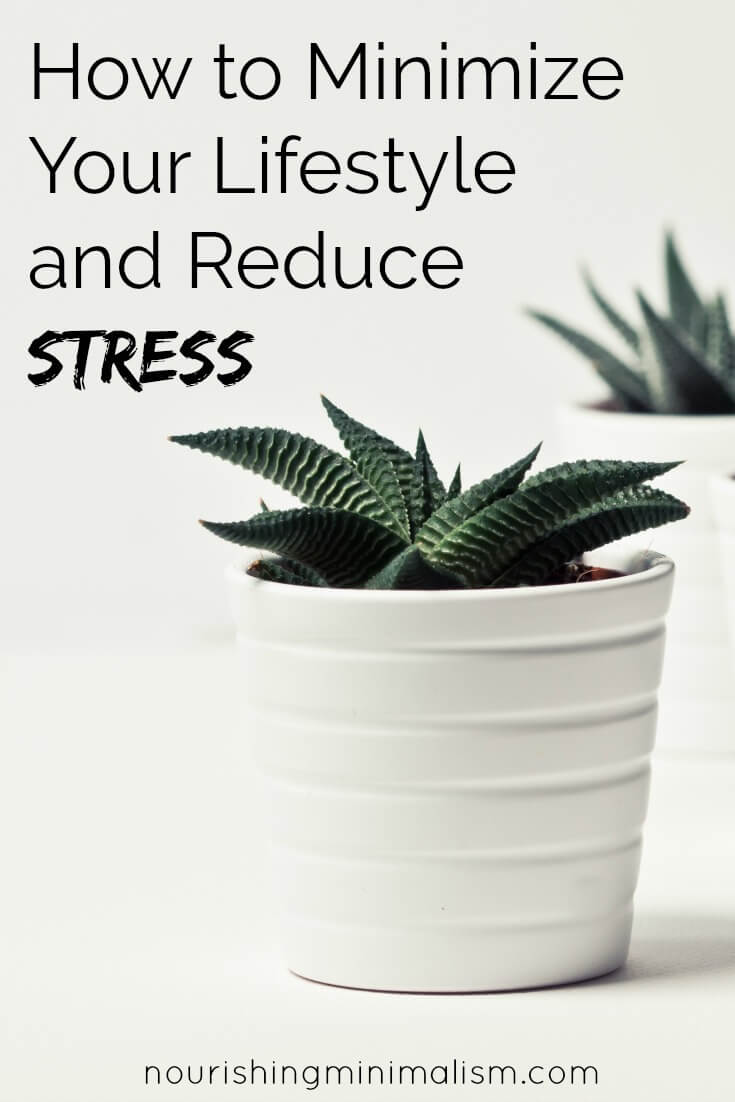 Hi there! I’m the Joyful Space Specialist. it’s my desire to help others create a joyful space of their own and enjoy their time spent at home.